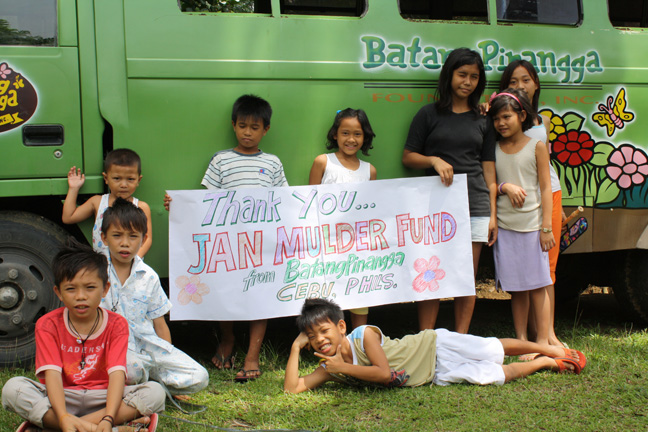 Dear friends and sponsors of the Jan Mulder Foundation/Fund:

We are sending you our sincere thanks for the support given to Batang Pinangga thru Fr. Bernard Roosendaal, O Carm. The money was used in the construction of the two farm houses (combine local materials: bamboo, nipa and cement). It is occupied by the children, boys and girls, who are now teenagers and are trained towards independent-living, like cooking their own food, working in the farm garden or tending chicken or goats, doing laundry, housekeeping and learning teamwork.

At the moment, we have 27 children in our residential care program. We also run a program that finds adoptive families for the children coming from our shelter-the program we call community reintegration program. At the moment, 14 children are living with adoptive families in some villages; seven grown-up living already outside the foundation still get support for independent-living. A number of children previously in the custody of Batang Pinangga have already been reunited with their own families or kin.

Apart from caring for the abused and neglected children, the foundation also works towards awareness campaign in the communities to stop child abuse. It is an ongoing advocacy work that involves community officials, school teachers, individuals and groups who are willing to participate. Batang Pinangga hopes to recreate the caring aspect of communities so that the phenomenon of street children and child abuse will slow-down or completely eradicated. For a country like the Philippines, this is a lot of work.

We are very happy for your support in our work in caring for the vulnerable children. Directly you have provided housing for the children, and in that way save young lives and have given them a chance for a new beginning.

In behalf of the Board of trustees and the children, I offer my deepest gratitude.

Since 2007: JMMF support for Batang Pinangga 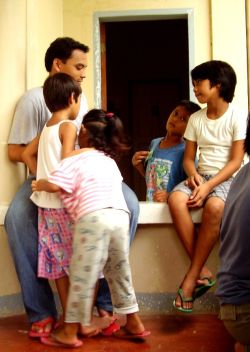 About ten years ago this project was started by two Dutch with lots of enthusiasm. They sold all their belongings and left the Netherlands with their children to the Philippines. Once there they purchased ground in Carmen on the island of Cebu and put down some buildings. But after several years with various difficulties they have withdrawn from this project and they returned to the Netherlands. The Carmelites have taken over the project. The actual work is done by laics on behalf of the Carmelites.
There are about 25 children who ran away from home, or were abandoned by their parents or have no parents anymore. These are boys and girls aged from about eight to sixteen years. Some are abused, sexually or otherwise.

In this project, they get shelter, clothing and food, counseling and training. They go to school in the village primary school and high school. When in the end they are recovered and independent, they go back into society in a place that suits them best.

For current information about this project: www.batangpinangga.org